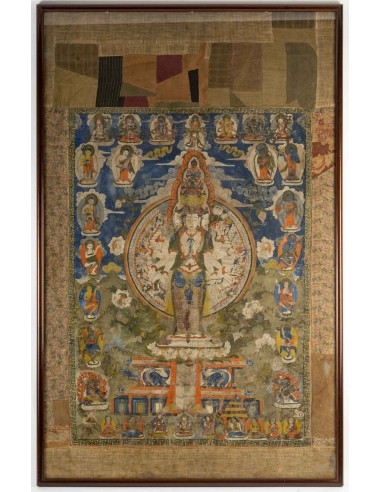 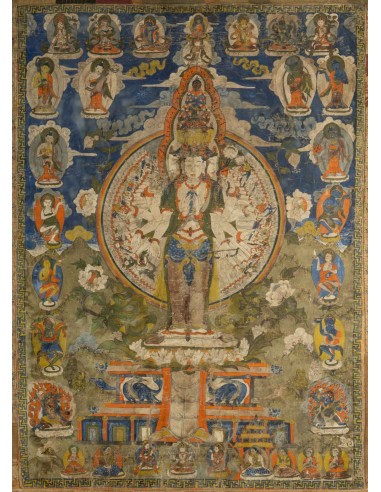 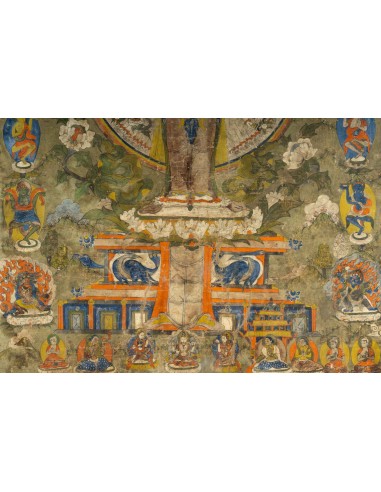 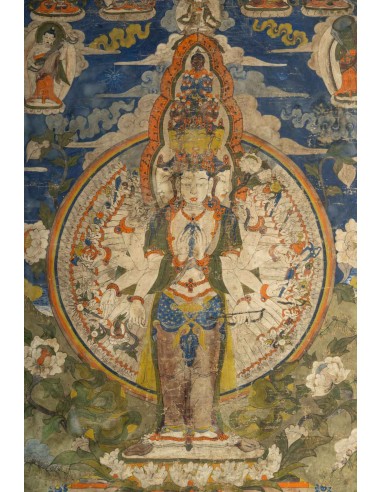 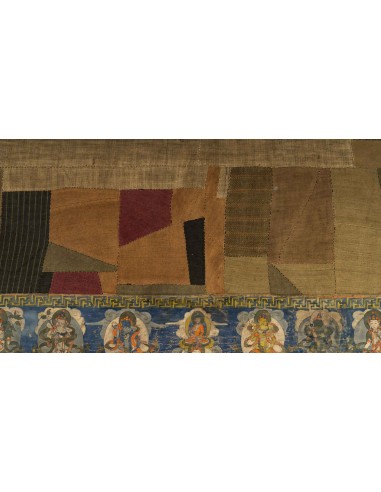 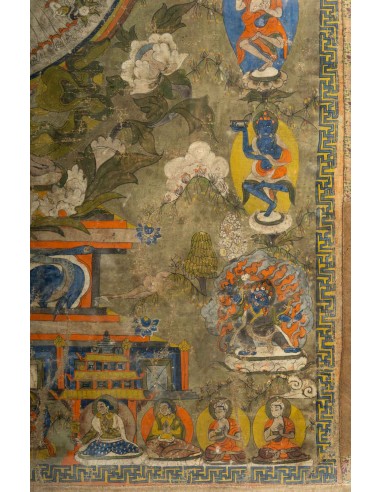 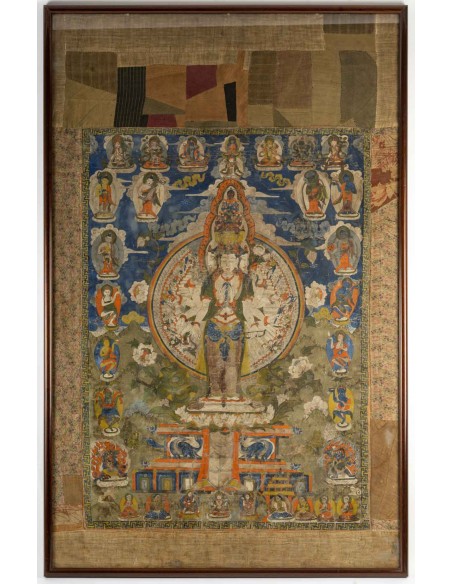 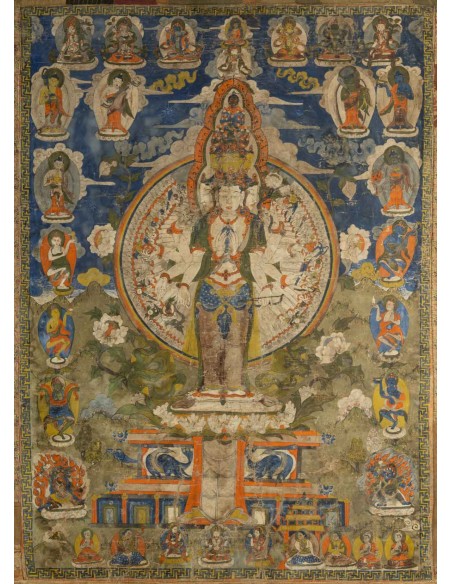 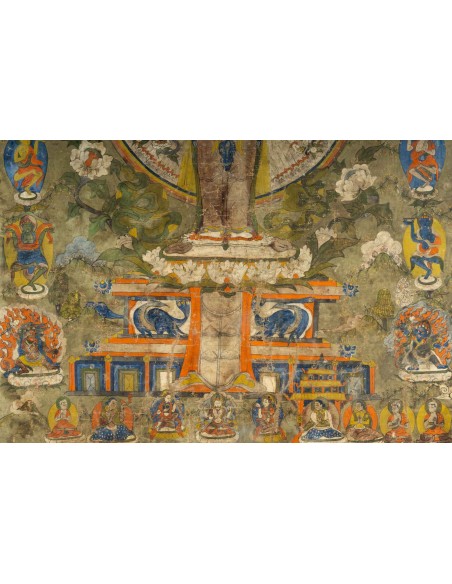 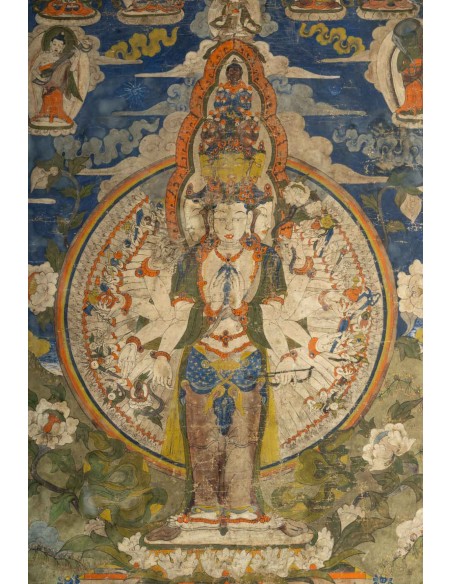 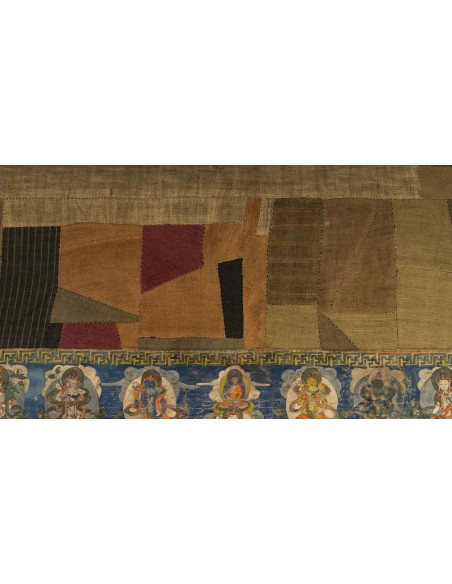 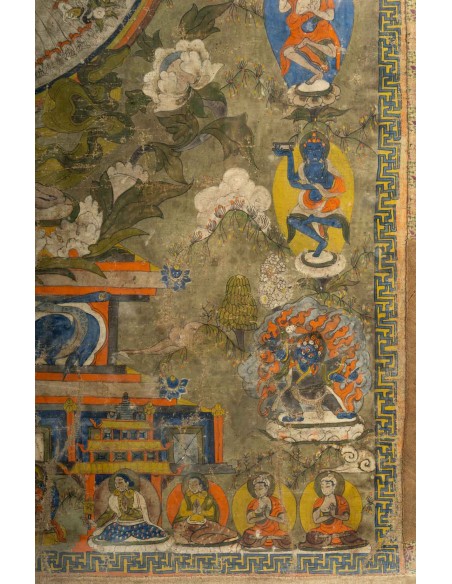 The Thang-ka represents the goddess Avalokitesvara, incarnation of compassion and mercy, declared the principal qualities in Buddhism. Her thousand arms help her to fight against the evil, her thousand eyes allow her to see everything. In Indian Buddhism, the goddess is related to a woman called Tara. In China, she is venerated as Guanyin or Kuan Yin, the both identities (male and female) of Bodhisattva. She wears several faces, sign of deep humility, everyone can recognize in one or the other face the representation he has of the goddess. The multiplicity of her eyes allows her to see the misfortune of everybody. Her twenty pairs of arms to help as many people as possible. 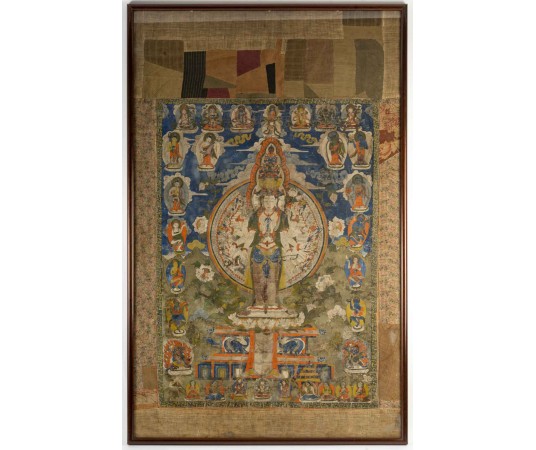 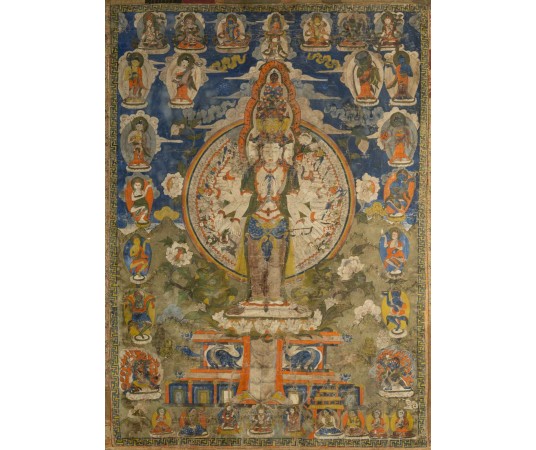 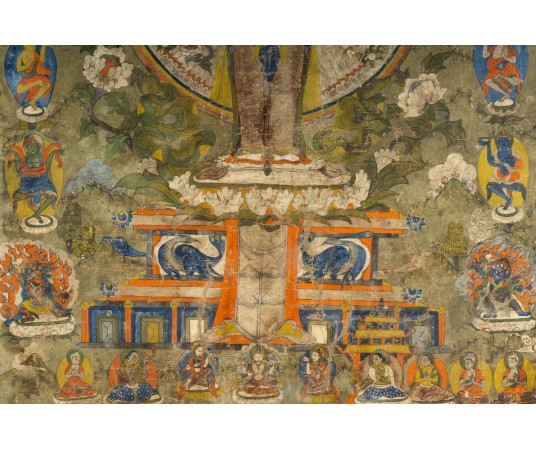 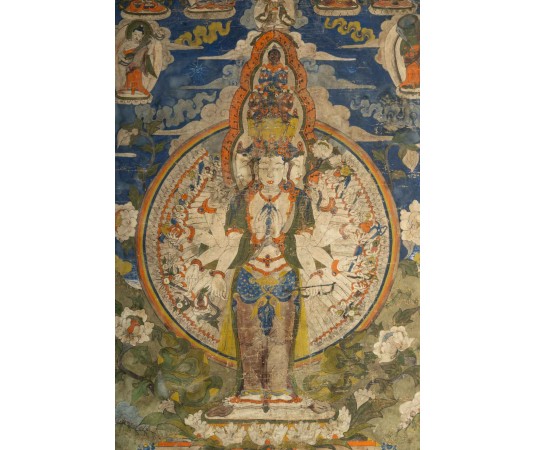 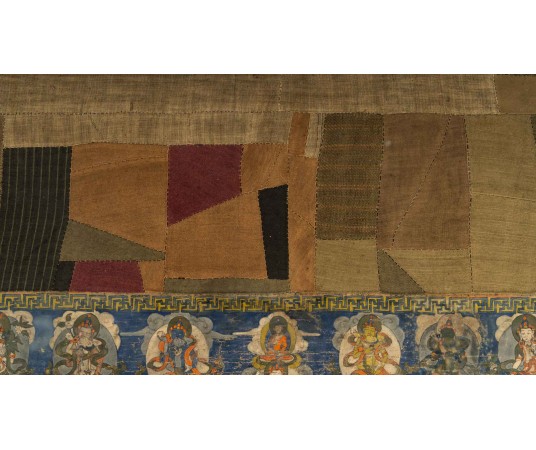 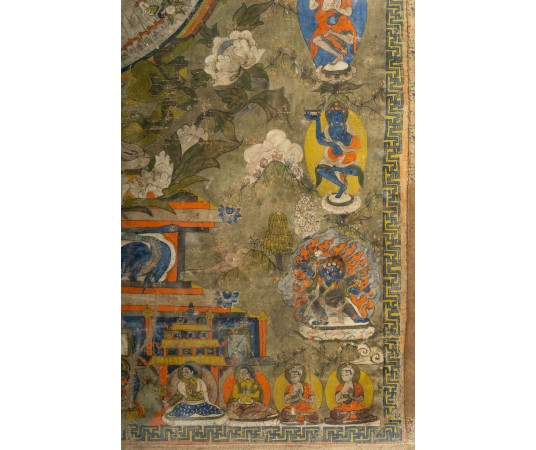