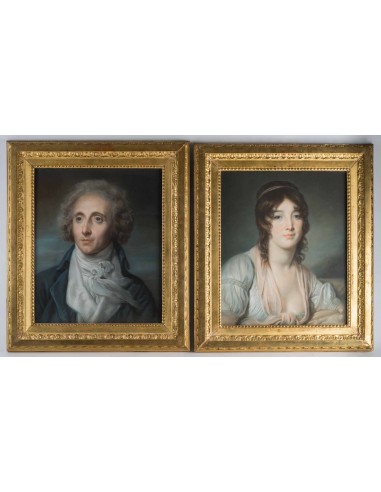 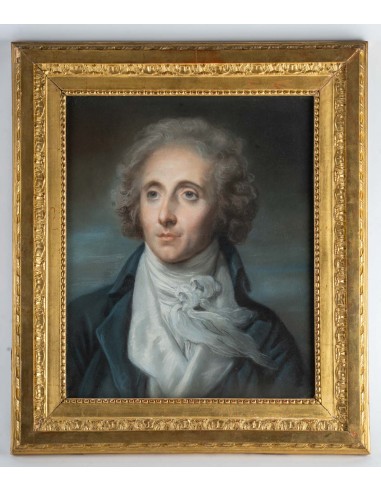 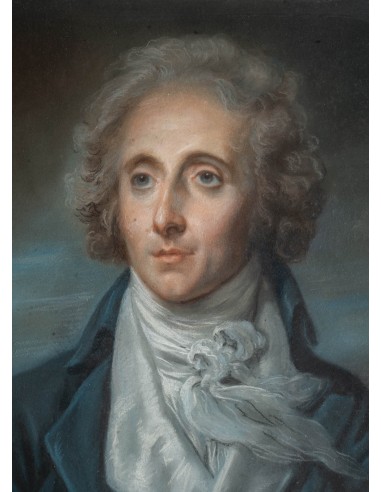 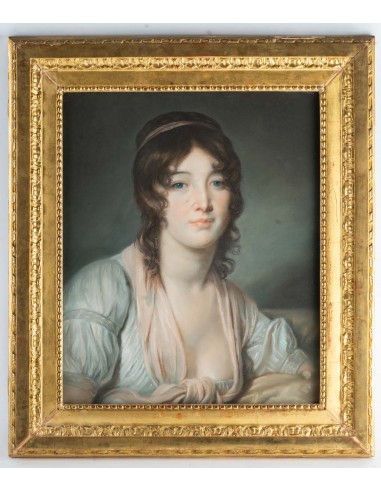 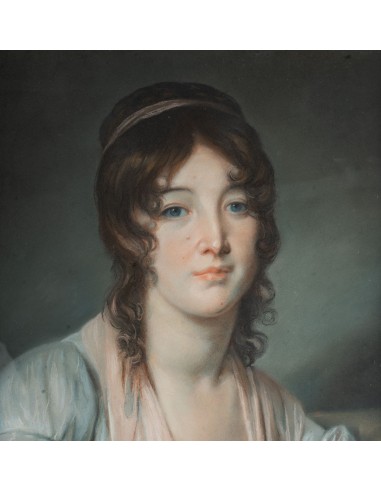 A Pair of portraits. 19th century. 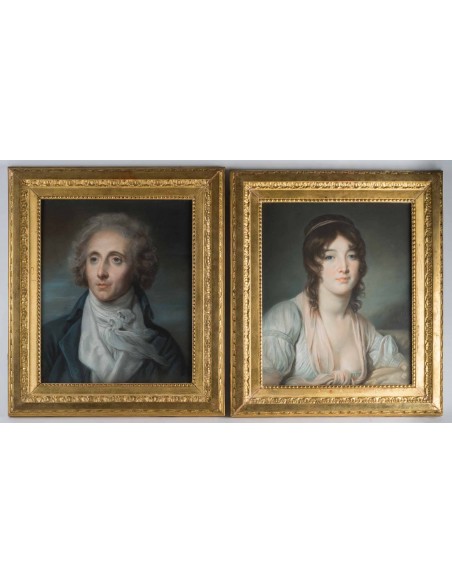 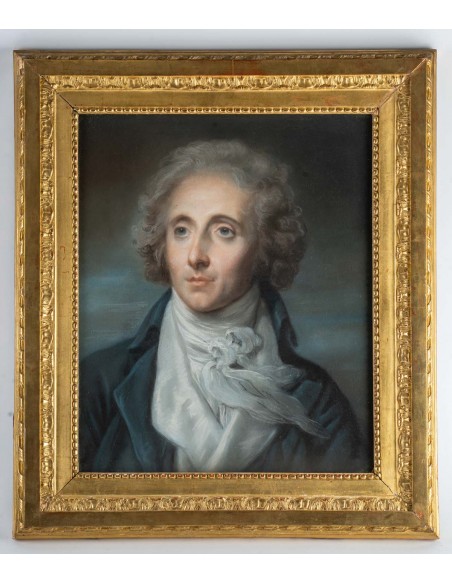 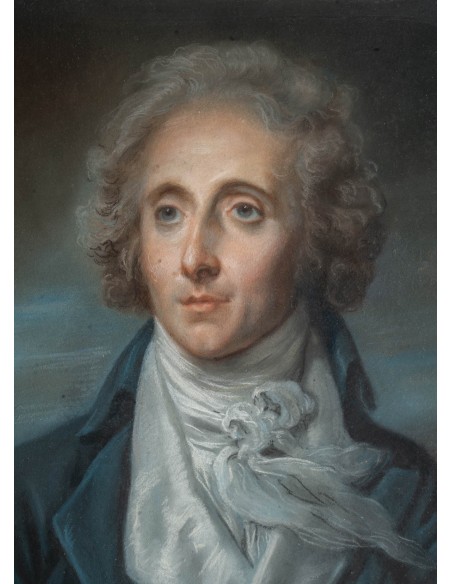 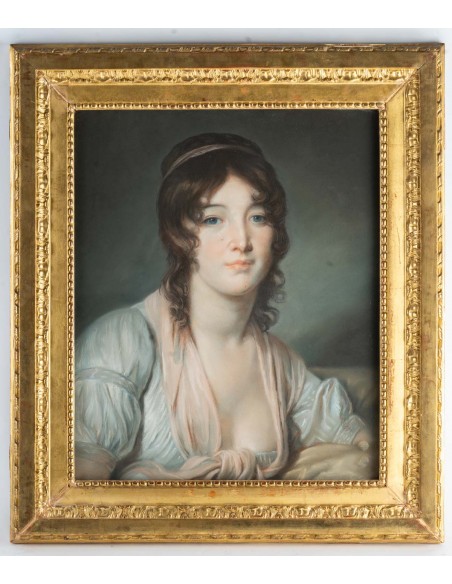 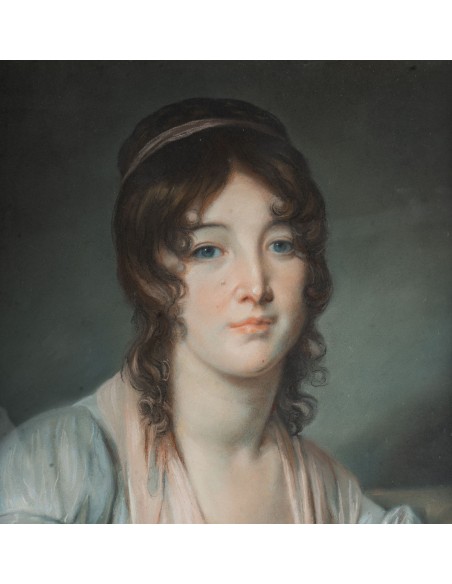 Nicolas Pierre Baptiste Anselme called Baptiste l'Ainé (Bordeaux 1761 - 1835 Paris), member of the Comédie Française, came from a famous actors family. The Anselme family , called Baptiste, was a family of actors playing during six generations in France, Netherlands and Sweden  from 18th to 19th centuries. He had a nice career till 1828 before to teach at the Ecole de déclamation. 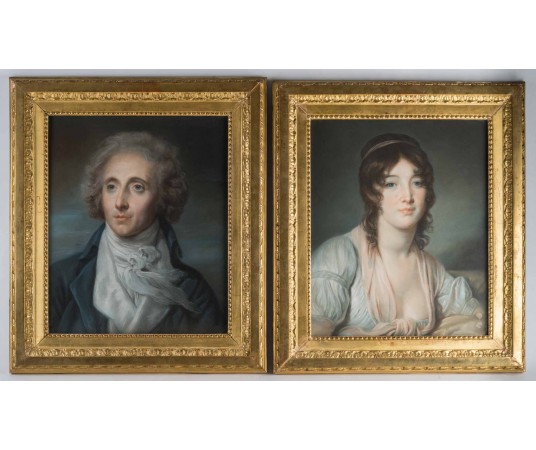 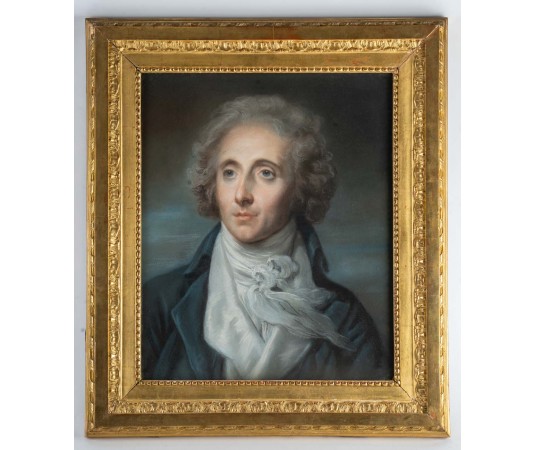 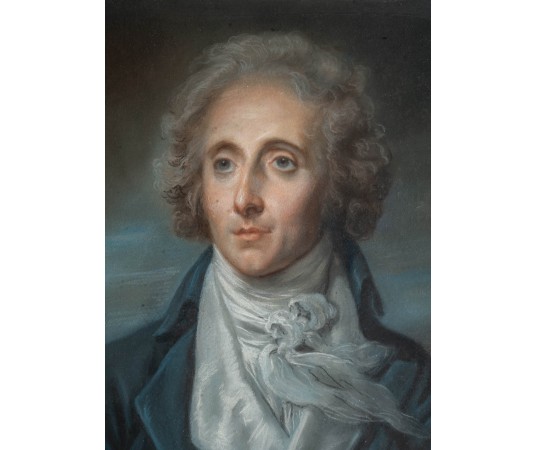 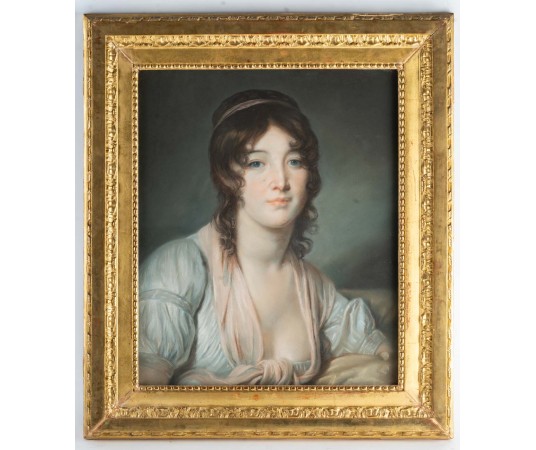 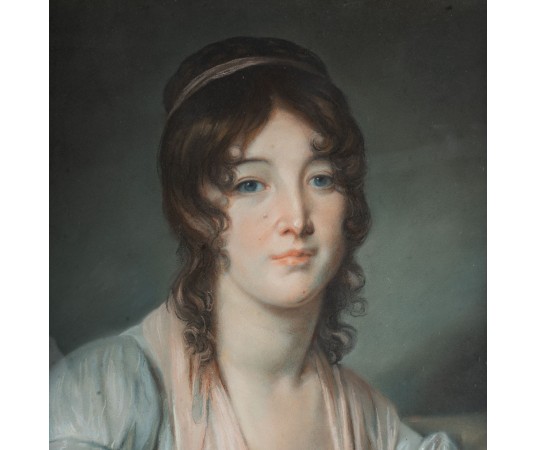