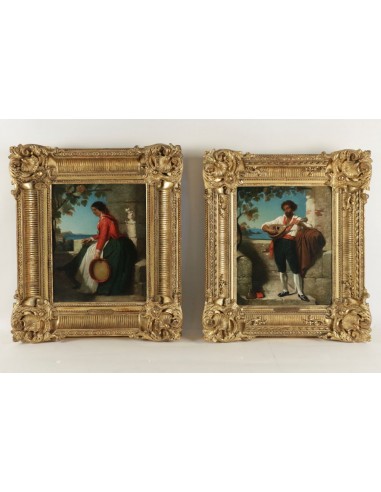 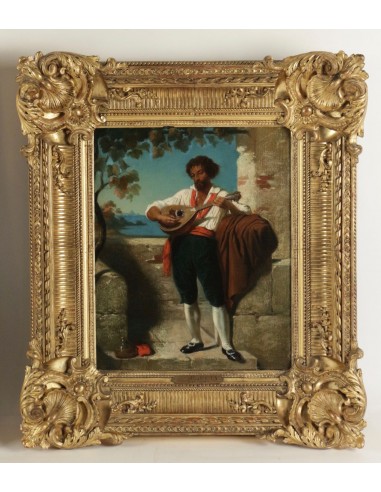 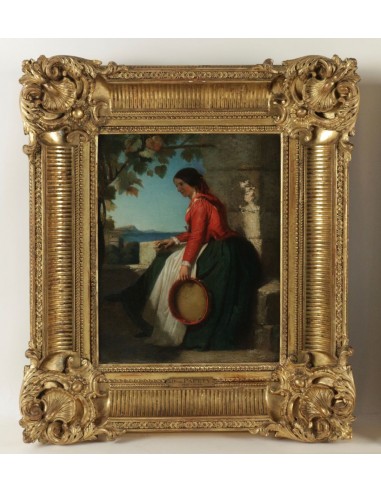 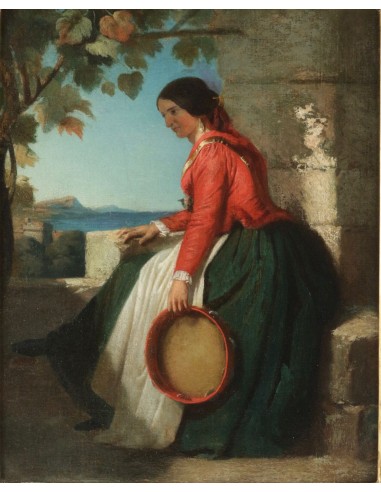 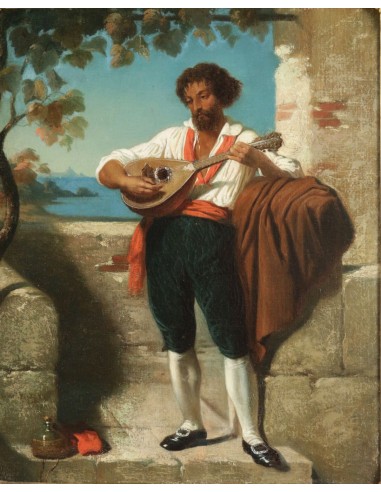 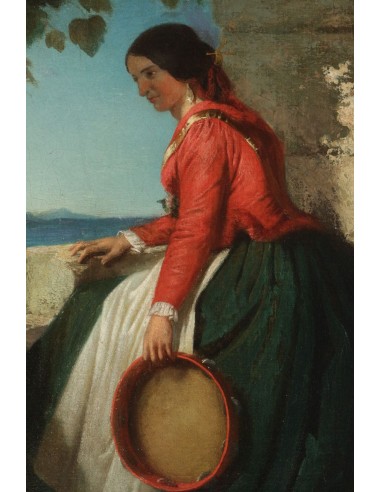 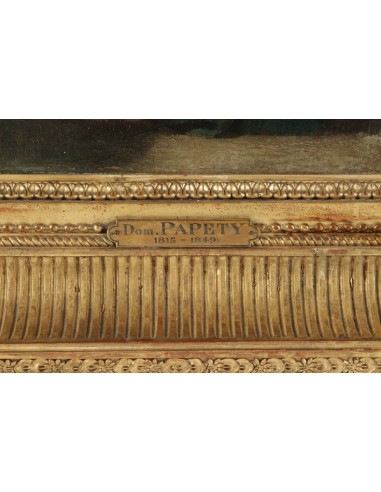 Dominique Louis Papety (Marseille 1815 - 1849 Marseille): A pair of portraits of the Neapolitans. 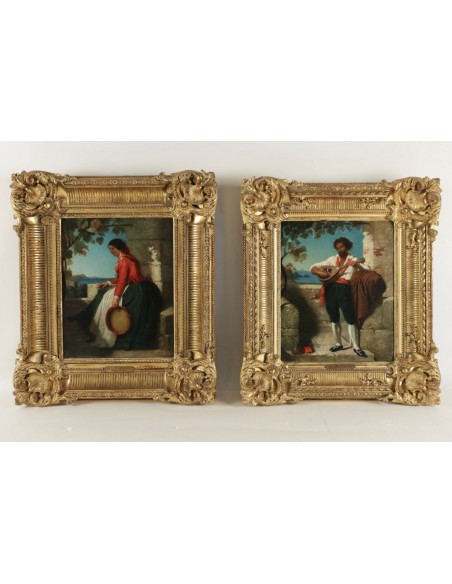 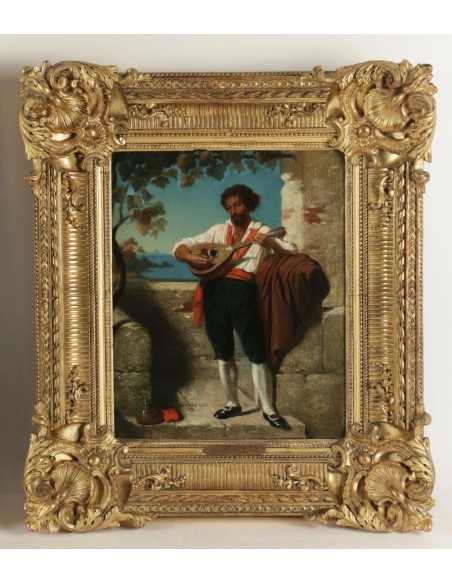 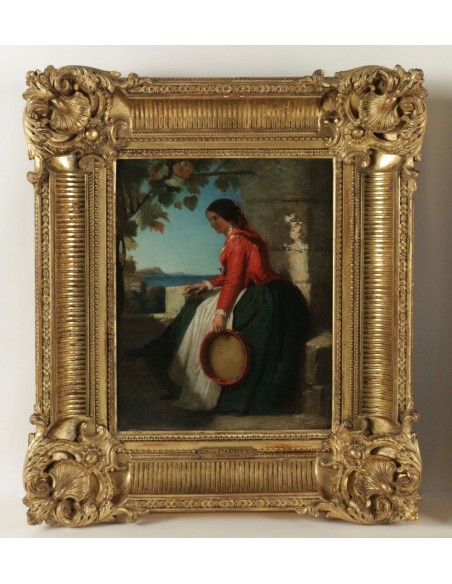 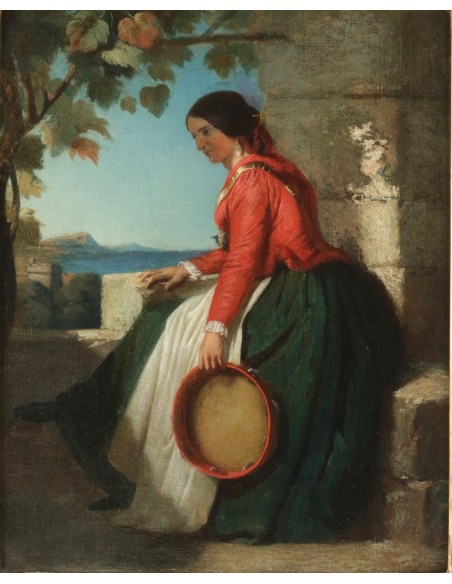 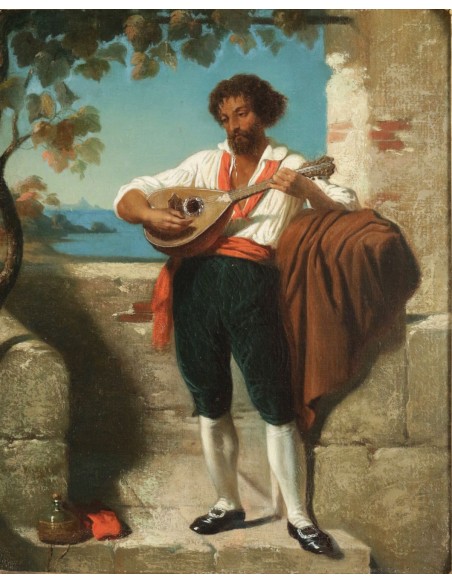 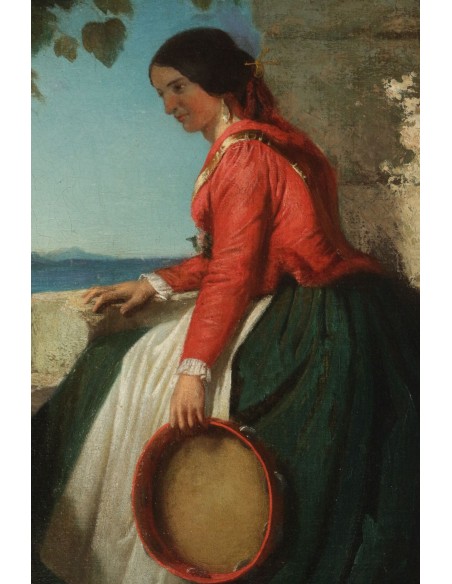 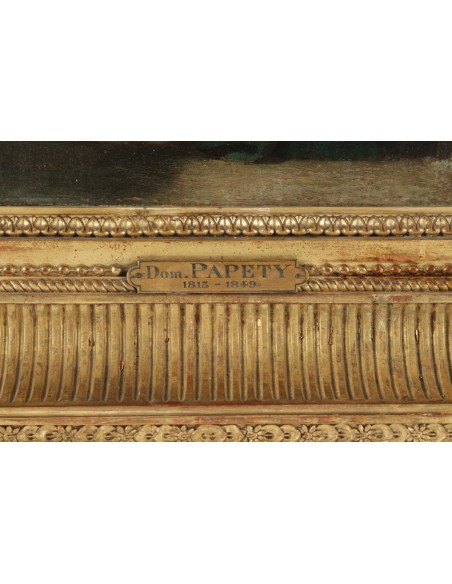 Papety studied with L. Cogniet. He won the Prix de Rome in 1836 and participated in the Salon de Paris from 1843 to 1847. He travelled to Greece, Syria and Palestina. Ingres appreciated his work and influenced him. Papety adored and admired Raphael, whose influence can be seen in his work. Museums: London (Wallace collection). Munich (Lotze Gallery). Nantes' museum. Versailles. 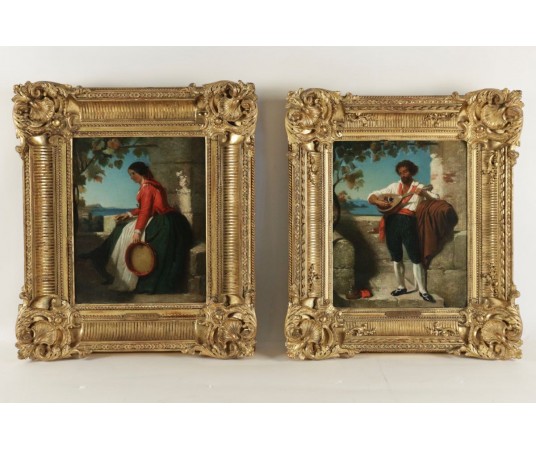 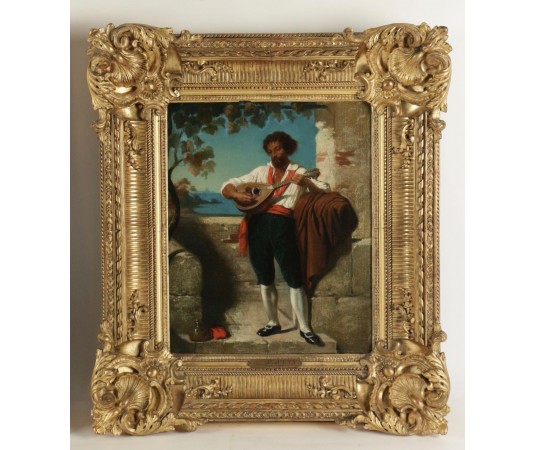 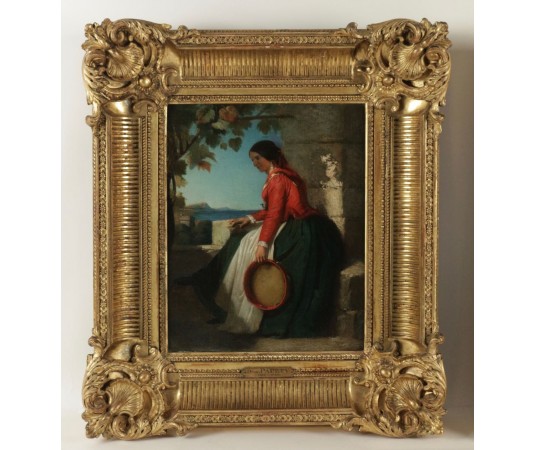 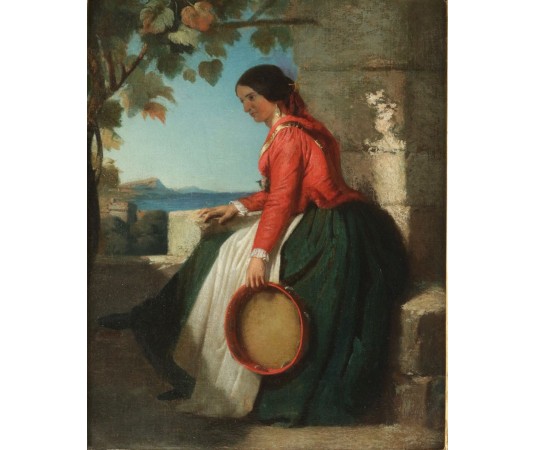 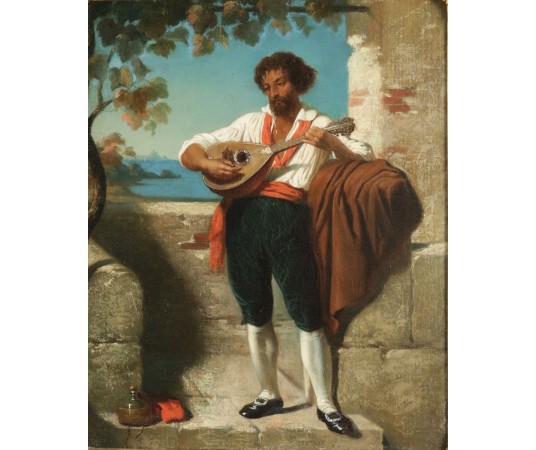 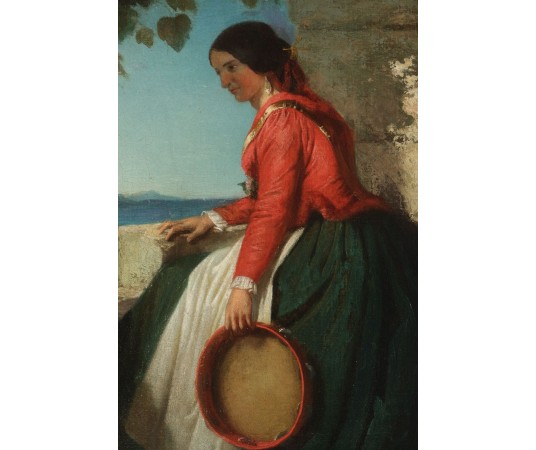