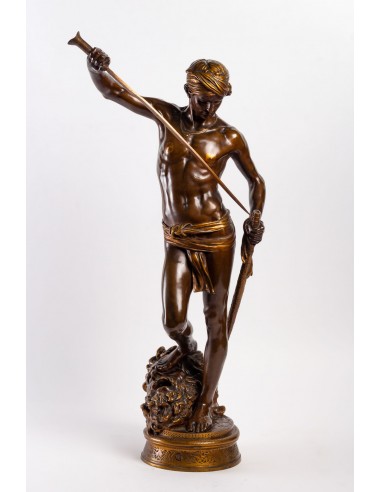 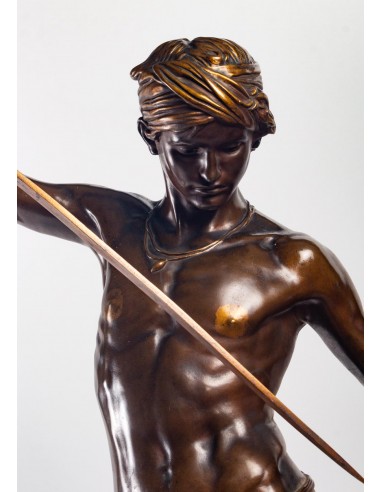 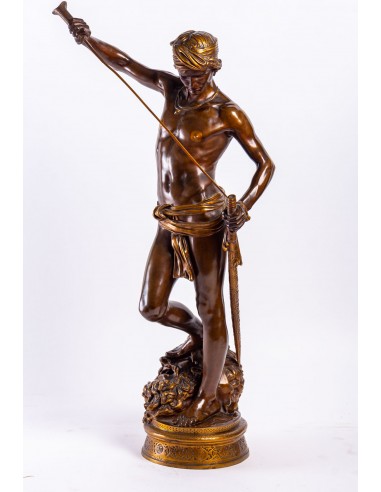 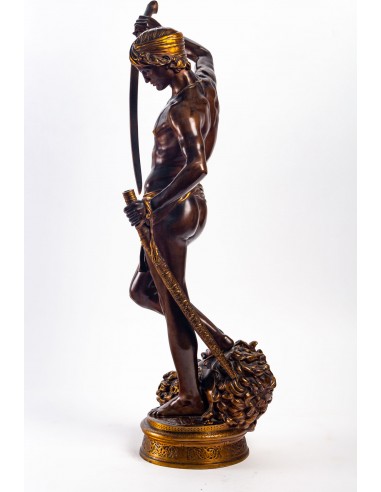 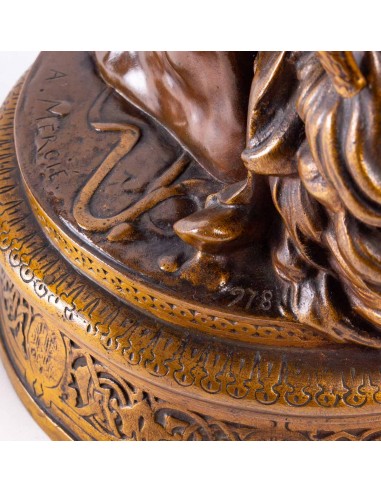 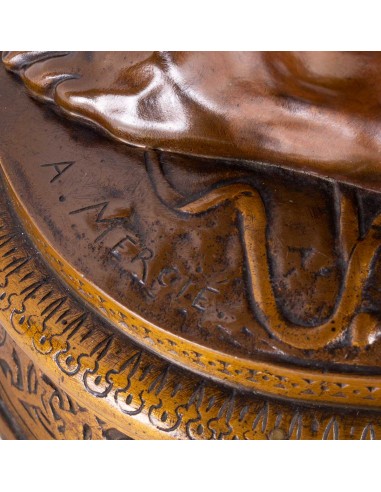 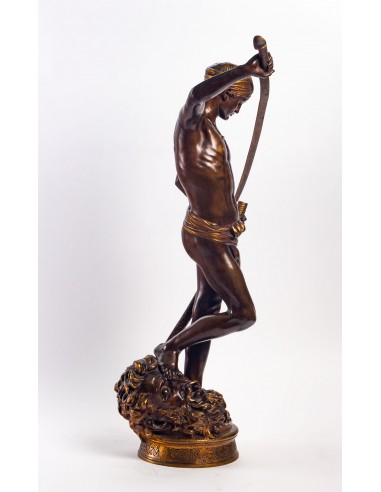 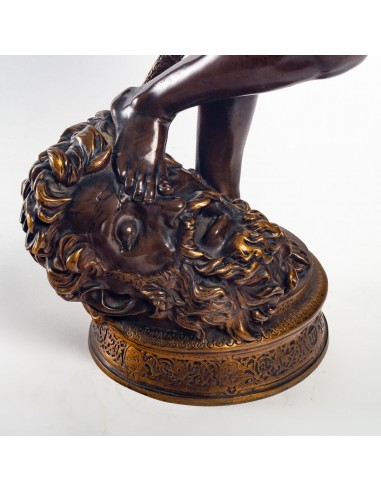 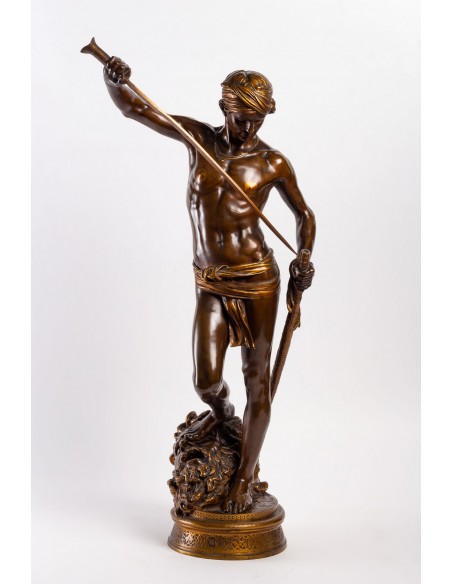 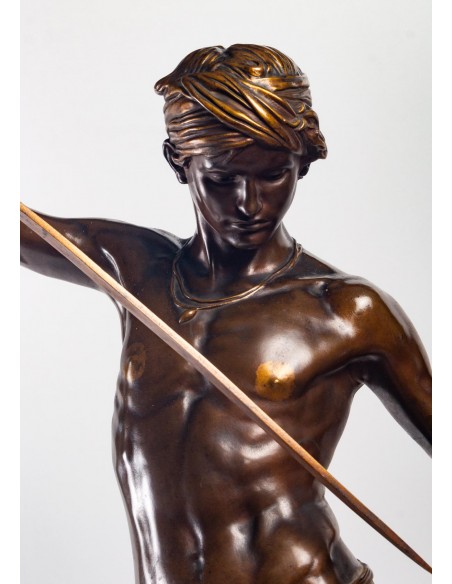 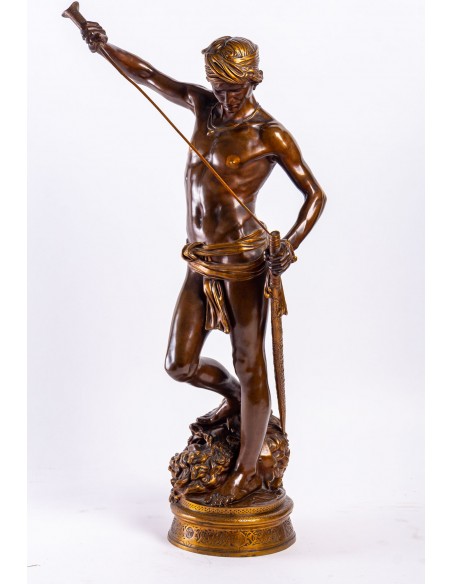 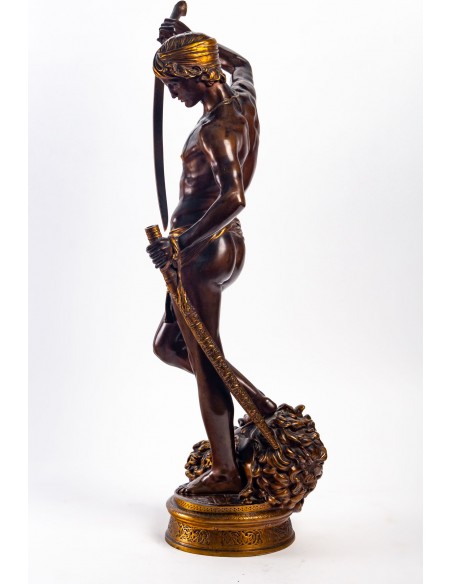 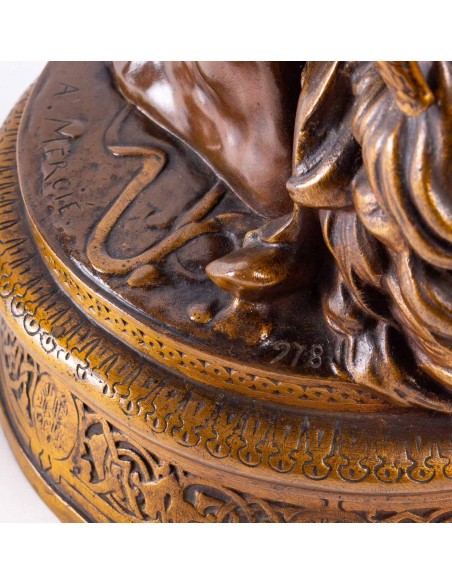 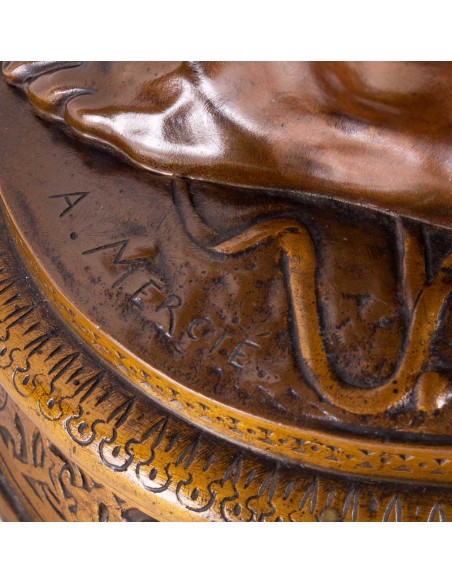 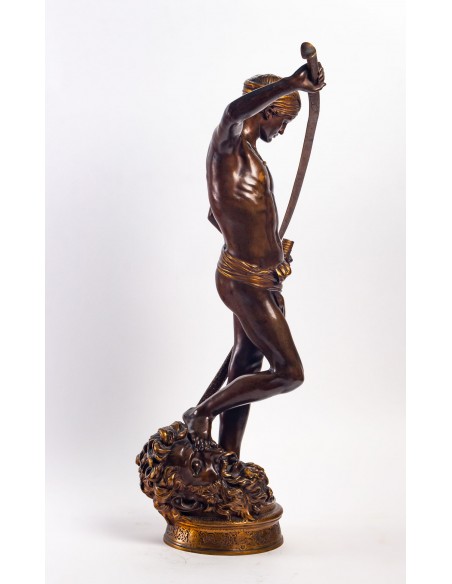 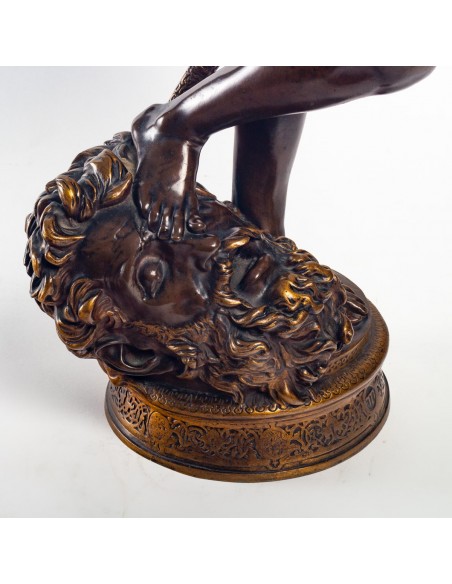 Patinated bronze statue representing David signed "A. Mercié" on the base.

French painter and sculptor, Antonin Mercié studied at the Ecole des Beaux-Arts in Paris. He won the Prix de Rome in 1868. David, Gloria Victis, Génie des Arts (bas-relief of the Louvre palace) are his most famous sculptures. Numerous other sculptures, busts or medalsmade Mercié to win a médaille d'honneur at the Universal Exhibition in 1878 and the grand prix in 1889.

Antonin Mercié executed a gypsum sculpture in Rome where he ended his studies. The statue earned him the Légion d'honneur. The bronze statue was commissioned by the government in 1872, than placed at the Musée du Luxembourg from 1874. The statue began one of the most widespread images in the illustrated papers, and was so successful that it was executed in small size, and in six diferent dimensions by the le Barbedienne smelter. The statue of David is at the Musée d'Orsay in Paris, another one at the Musée des Augustins in Toulouse. 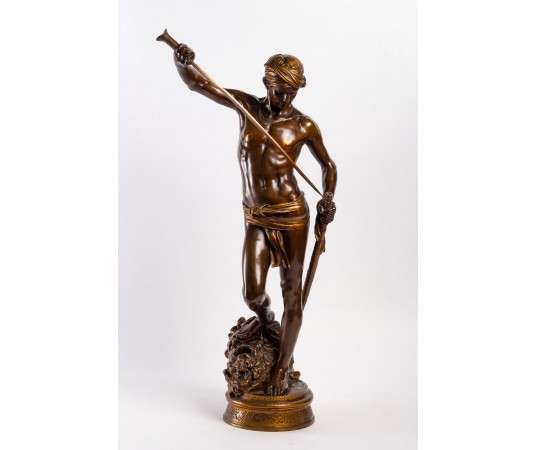 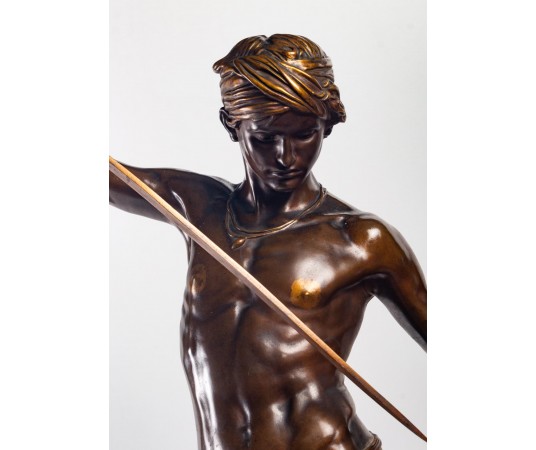 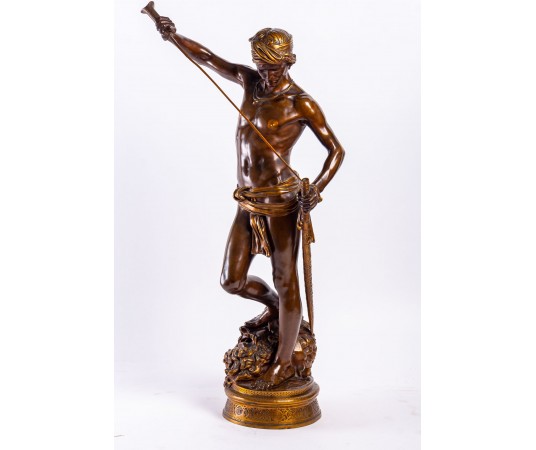 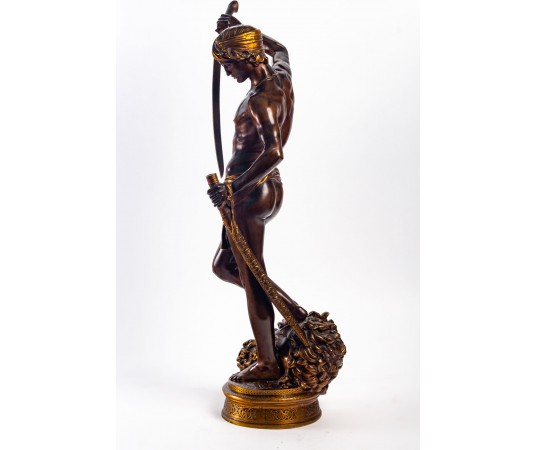 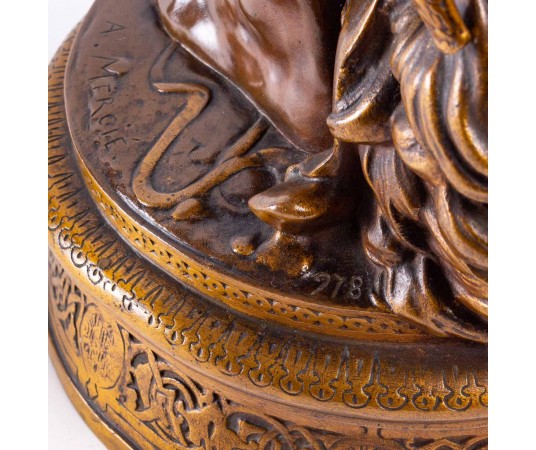 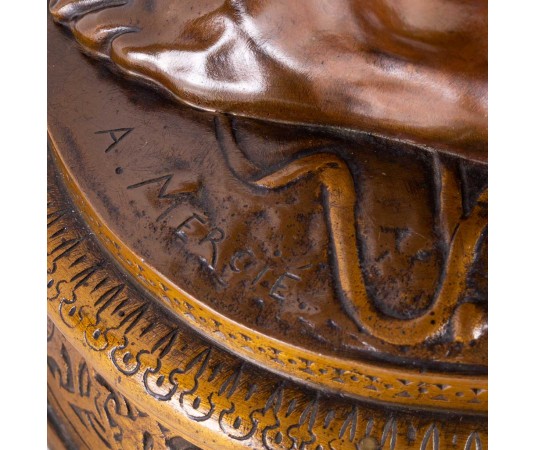 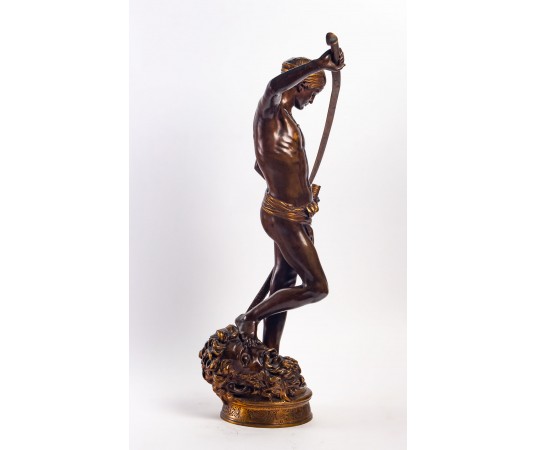 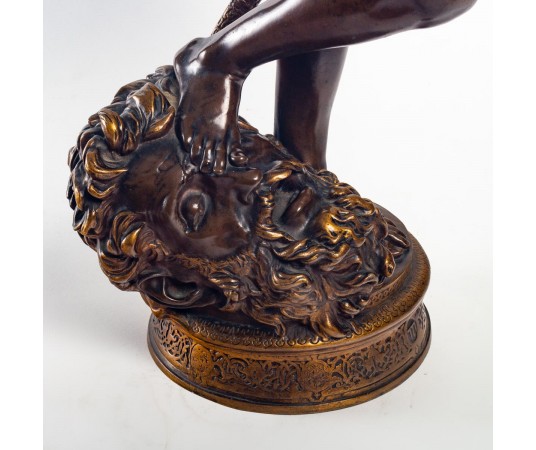